We were kids for a day at the happiest place on earth, DISNEYLAND and we had one rollercoaster of a day (yes, pun intended).  Last time I was here, was in 2001 I think, so this was a totally different experience for me.

Got up bright and early and went to catch the RER train to Marne-la-Vallée, Chessy. We got to the station and unfortunately for us, the connecting train station to Marne-la-Vallée was under maintenance so there was a bunch of diversions. But luckily, the officials at the station helped guide us towards the easiest and fastest route to get there. So we got on the train and off we went, excited as ever!

Remember that diversion I was talking about earlier? Well it caught up with us again. Apparently, for the day, trains weren’t going to get to Gare de Marne la Vallée-Chessy (which was the stop situated inside Disneyland), instead they were scheduled to terminate at like 2 stops before that. We were so stressed already. Officials came to inform us that the rest of the journey would be completed via coach.

So we all exited the platform and made our way to the bus terminals located just outside the station. There were so many people there, I mean obviously, everyone wanted to get to Disneyland. 2 busses came and it was a disaster cause people were rushing and struggling to be the first on board. My friends and I were like nope, we’re not gonna get involved in such. Funny enough, the busses that arrived were private hired busses so no one could actually get in.

We tried to get an uber, but because we were basically in the middle of nowhere, there were no rides. So we had to wait. Keep in mind it was extremely cold, so we were super uncomfortable!

After a few more minutes, we were directed back into the train station and we were told that there’s an alternative train that’ll take us all to Disneyland. At this point, all the excitement was gone and we just wanted to get there asap!

So after a few more minutes of being cramped in a train, we were finally there! YAY! 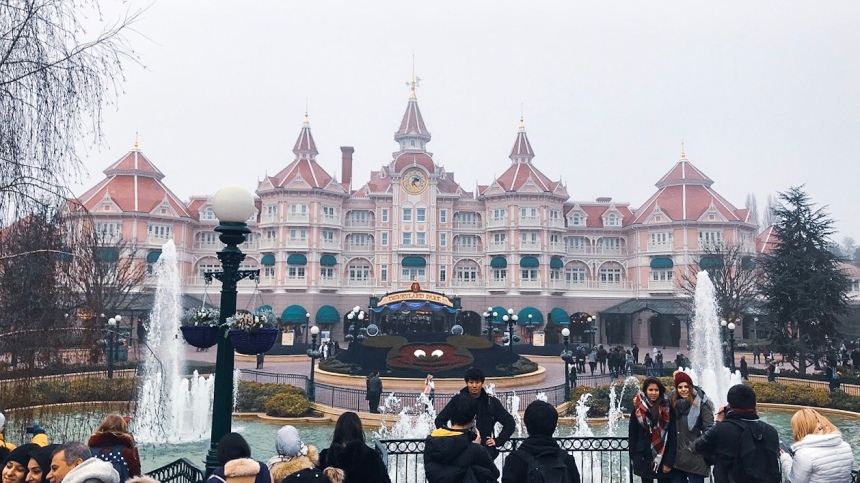 Seeing the entrance gates made us super excited again! We couldn’t wait to get inside, but first we obviously had to take some cliché photos! 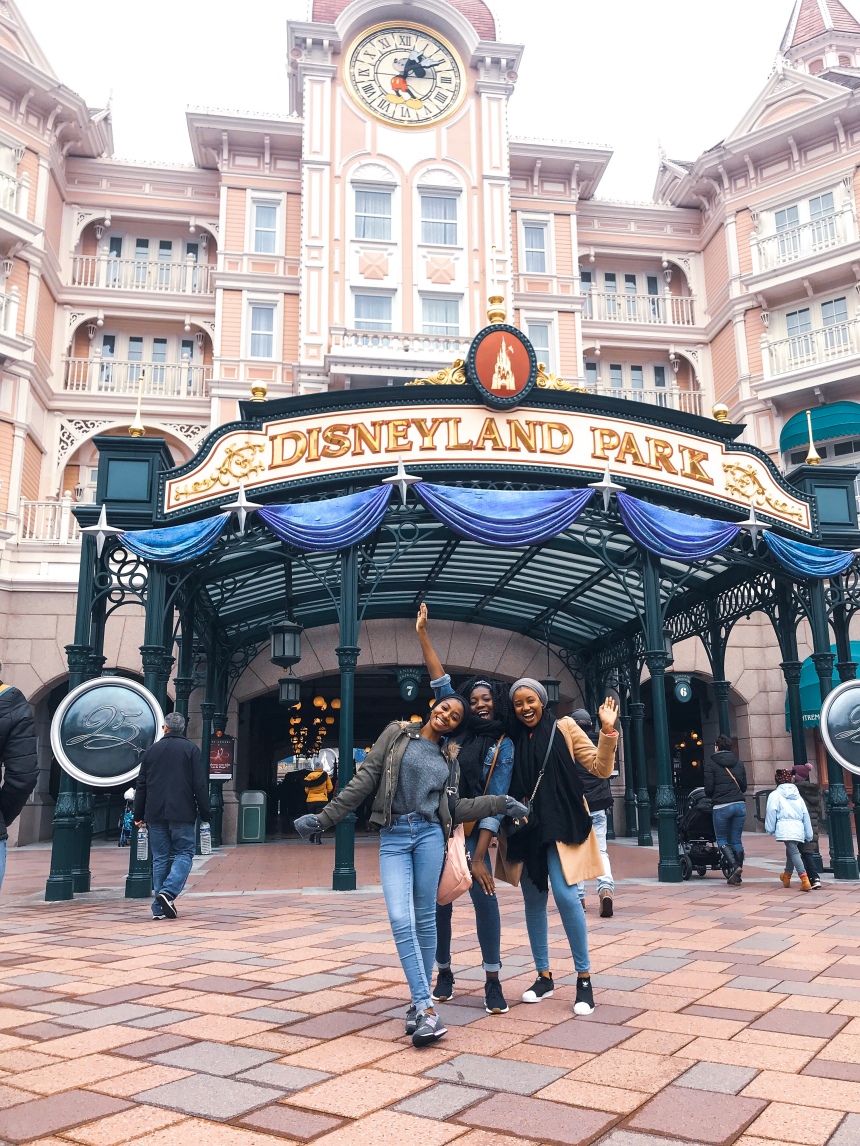 We got in line and bought our tickets, after which we stopped by the gift shop and got us some mickey/minnie mouse headbands! Yes, we were officially ready! 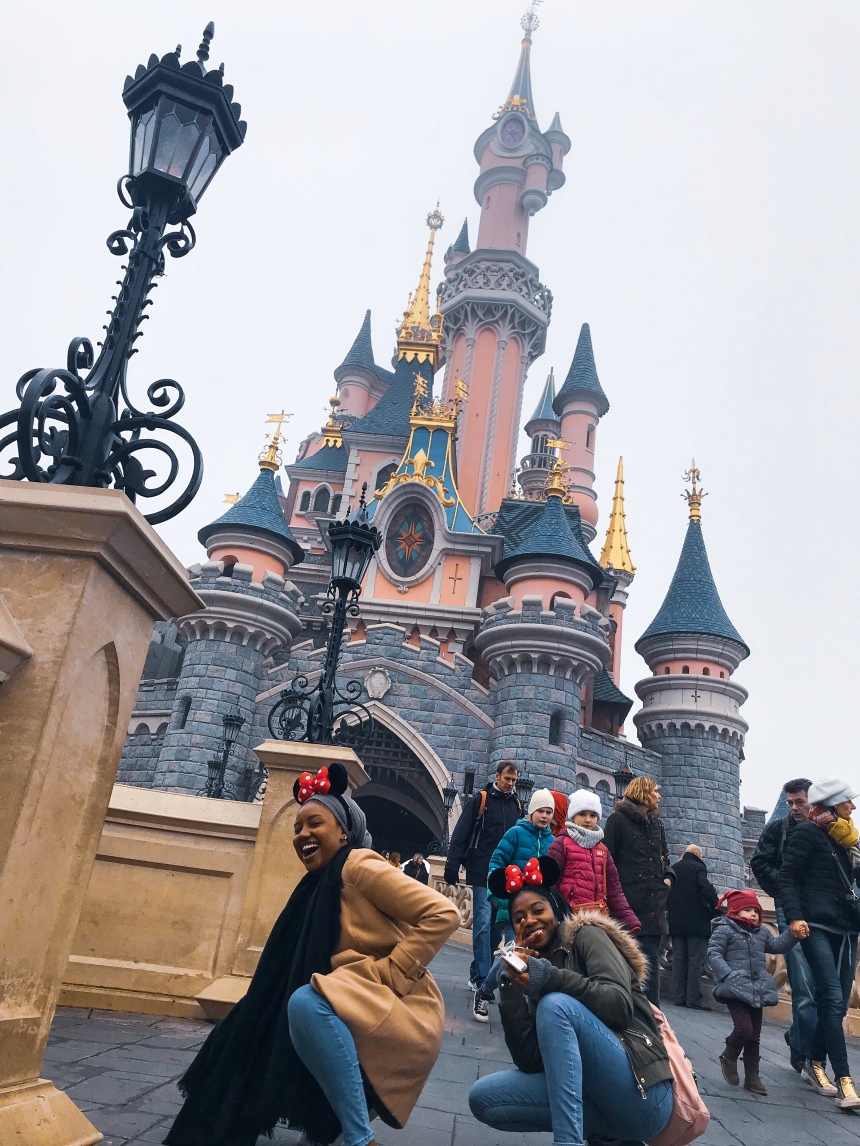 First thing we did was take a stroll round the park to have an idea of what rides we might want to go on. We went on a couple and they were super exciting.

After a few more rides, it got waayy too cold and we were literally freezing our asses off. So we decided to to take a break and go see ‘Mickey’s House’ and meet Mickey himself.

Yo, when I say I was tired! We stood in line for about 2 hours cause the queue was ridiculous, but we weren’t complaining cause we were warm. We ‘eventuarry’ got to meet him and take a photo, it was worth it all in the end. 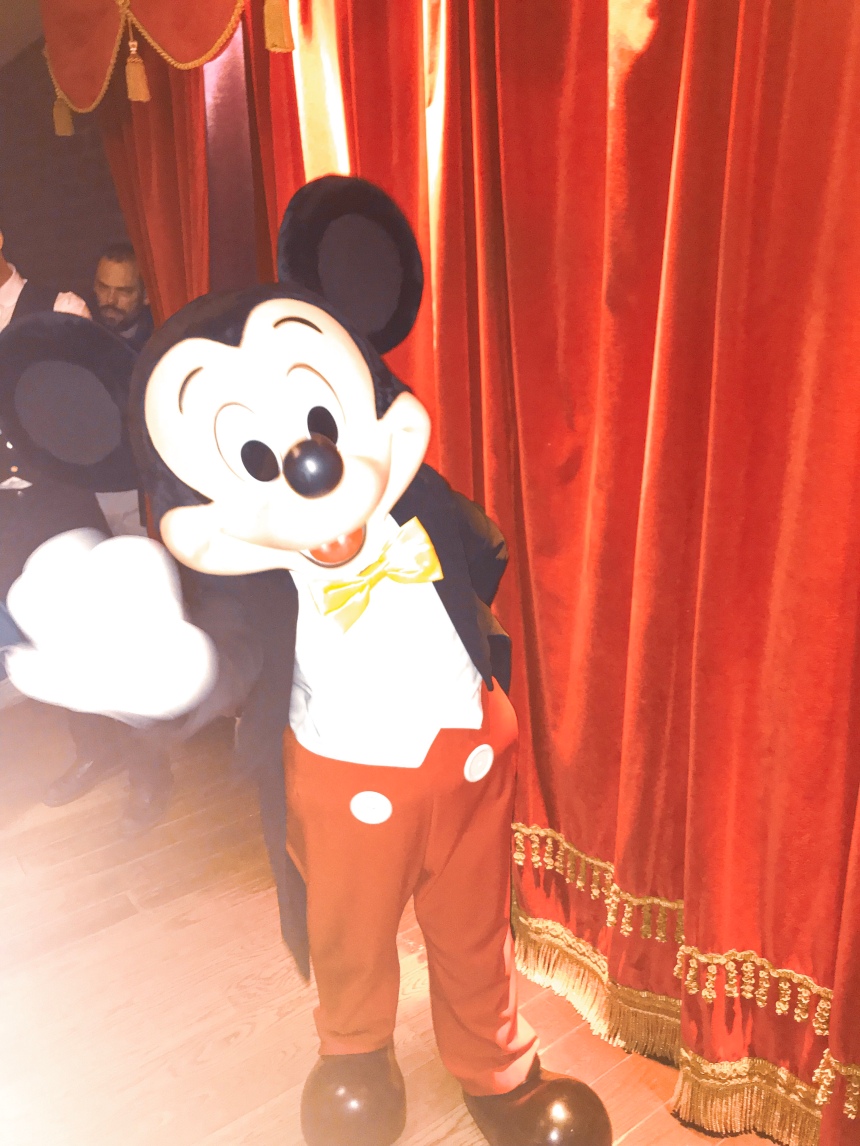 Just as we left Mickeys House, we realised we were just in time to see the parade! We had to go stand on benches to get the perfect views, and it was as beautiful as I remember! The dragon excited me the most cause it breathed fire! Cool right?!

After that, we went to grab something to eat cause we were super hungry. We satisfied our bellies and went on a few more rides! The Buzz Lightyear Astro Blasters was one of my faves.

At this point we were the most exhausted trio, we just wanted to get home. But of course we weren’t planning to miss the fireworks that happen during the end of the day! So we did a little souvenir shopping and went to watch the fireworks. Literally one of the most amazing things I’ve witnessed in my life! Disneyland truly is magical!

Well at the end of the day, we got something to eat back in the city centre, then got home and passed out!

Advice: Do not go to Disneyland in the winter! It was fun, but the cold made it super uncomfortable at some points!