Yusrah and I woke up super bored, not knowing how to spend our day. So I suggested we take a day trip and head over to Stonehaven so we could see the Dunnottar Castle!

We took the usual X7 coach from Aberdeen all the way up to Stonehaven. It was an interesting ride because there was so much beautiful greenery surrounding us.

A few minutes later, we arrived at the castle’s bus stop and we alighted. We had to walk down a little before arriving at the gates. Yay! 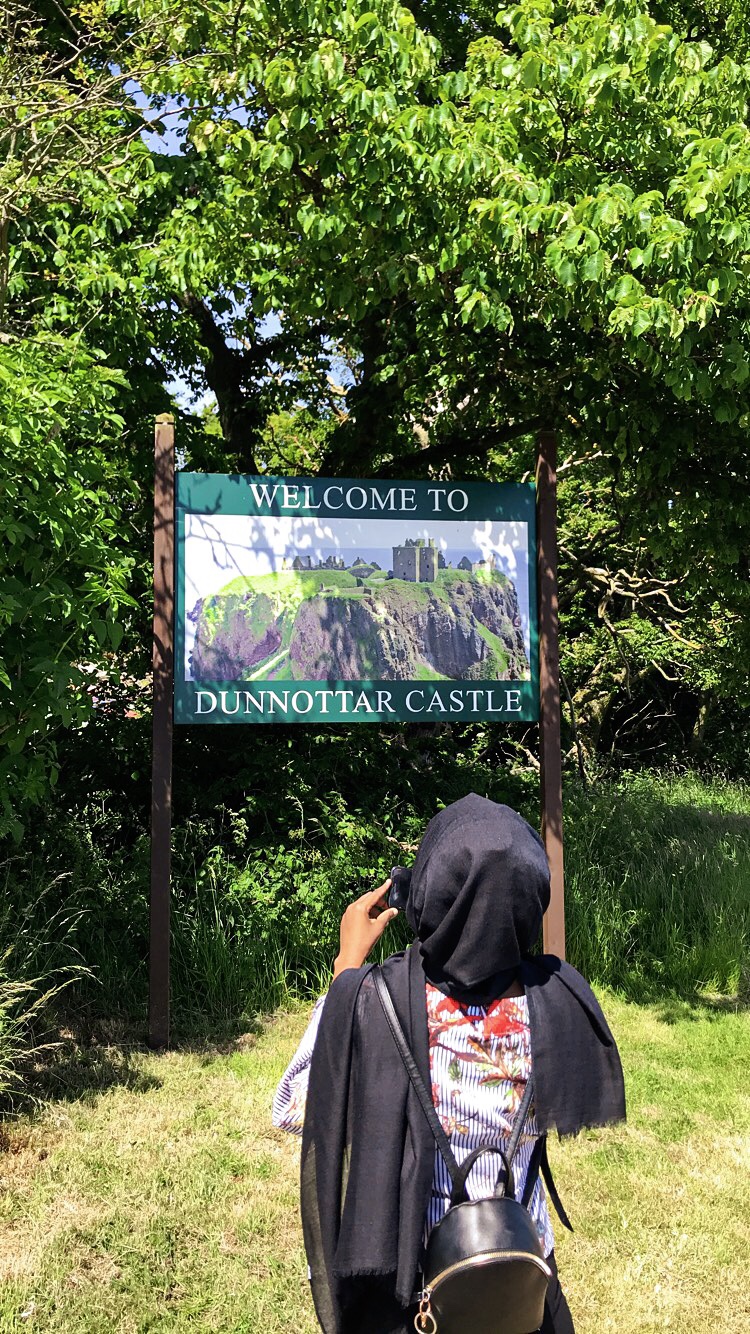 First activity we did was obviously food related, I mean it’s Yusrah and I. We caught sight of an ice cream truck and we treated ourselves to some, they were amazing! 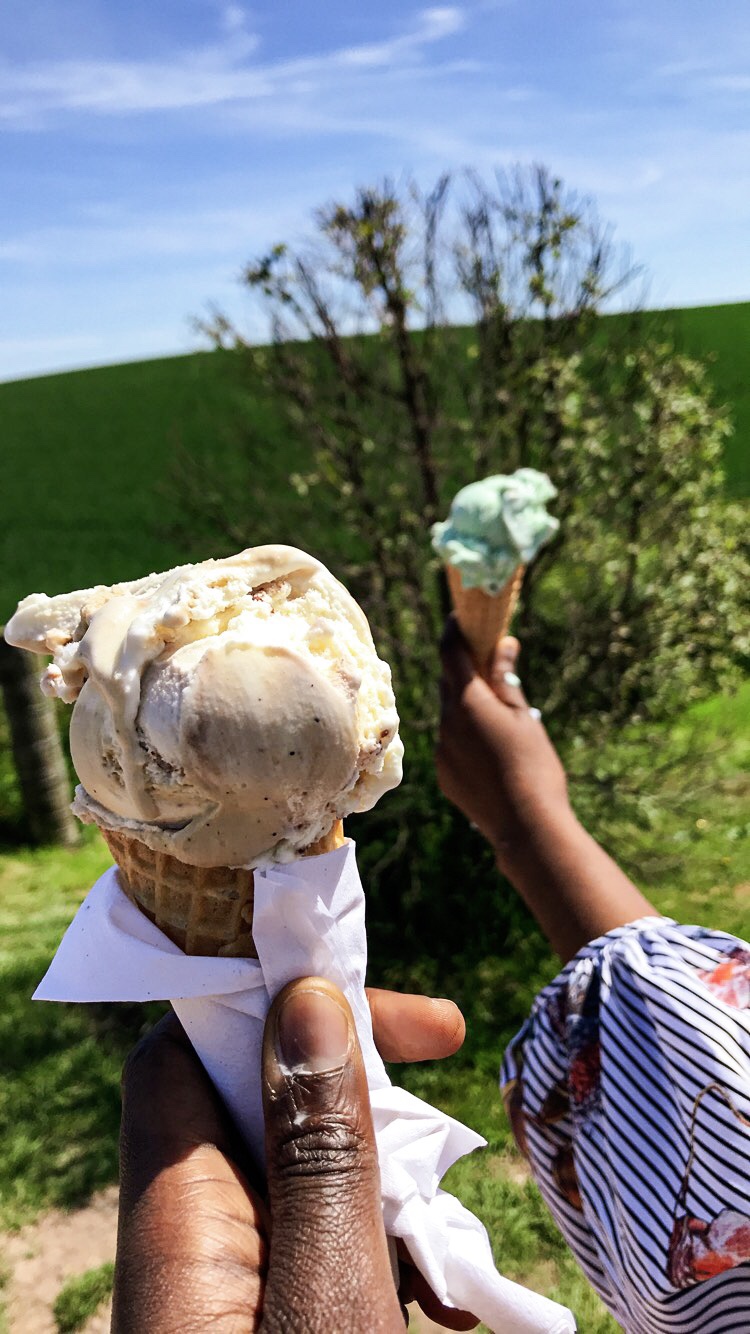 While licking our treats, we began exploring the area which I thought was absolutely breathtaking!

I mean look at the beautiful sky and how it contrasts with the green on the humongous rocks!

We continued all the way down into into the waterfront where we sat for a while and took all of the beauty in! I wished I could stay there forever, but unfortunately we had to leave. 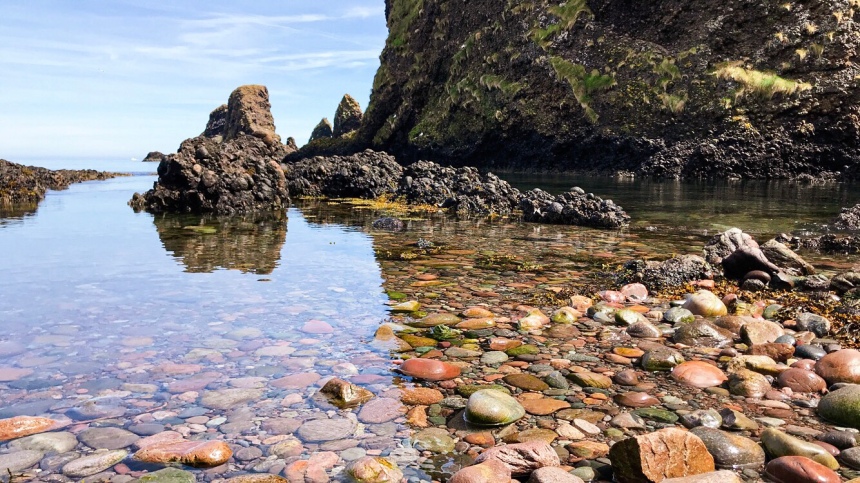 We caught the bus and we were on our way back to the city. We stopped to get some lunch at Zizzi’s before going back home. I was happy we went and saved ourselves from boredom!