After having breakfast at Sarabeth’s with Fatima, I realised it was still early in the day and I might as well explore City Walk since I was already there.

But first I decided I wanted to check out the Green Planet. My friends had been telling me about how cool it is inside and I noted it down in my to do list.

So first thing I did was go round the perimeter to study the buildings structure and materiality, after which I took myself to the ticket office. Purchased one and proceeded to the main entrance. 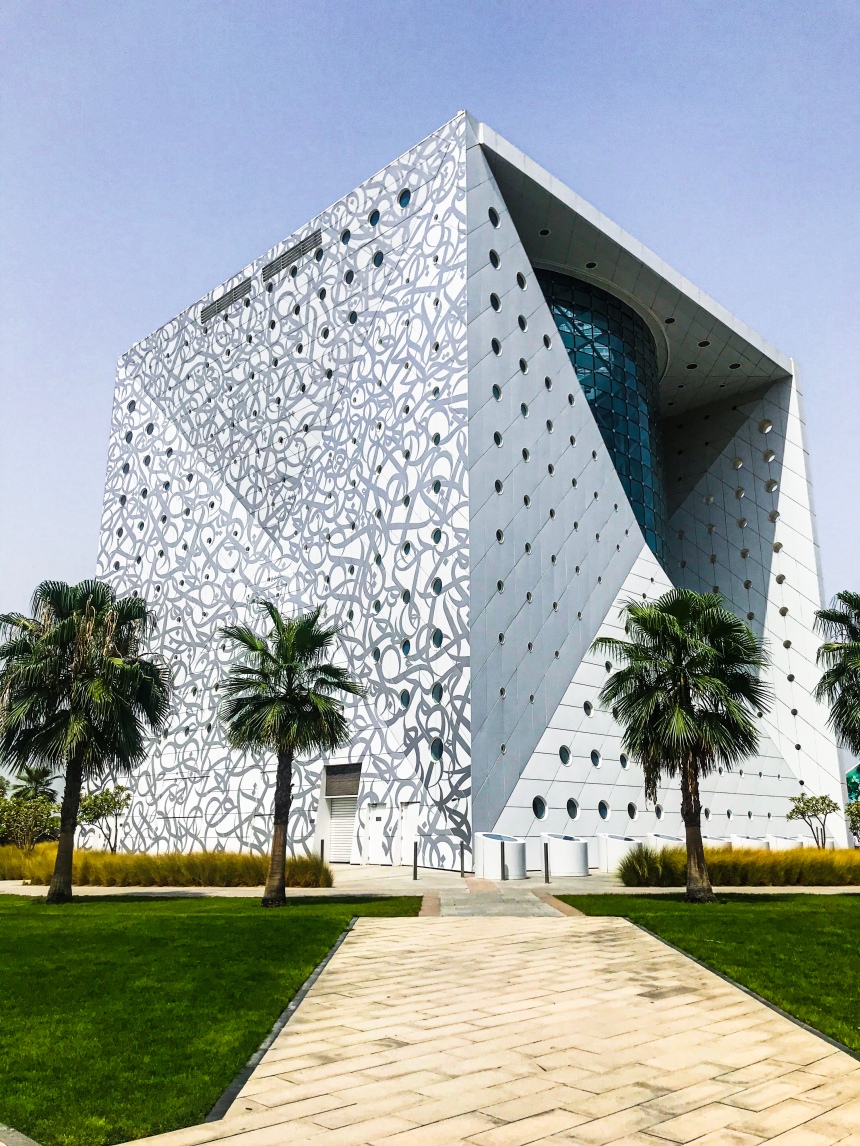 First room you enter is basically for the aquatic animals. A bunch of piranhas fill the tanks around. 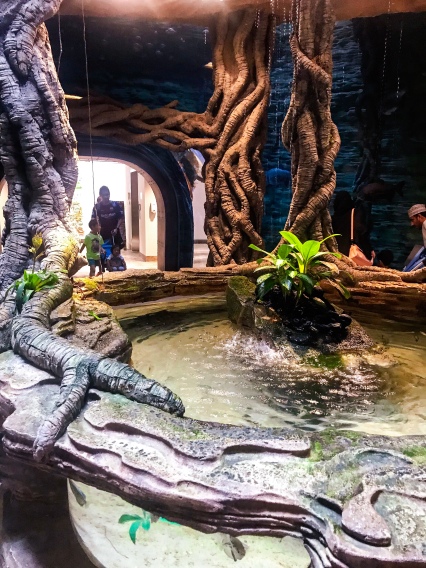 Kept walking around and I was in front of a chalkboard that had a schedule of activities that take place in the building. 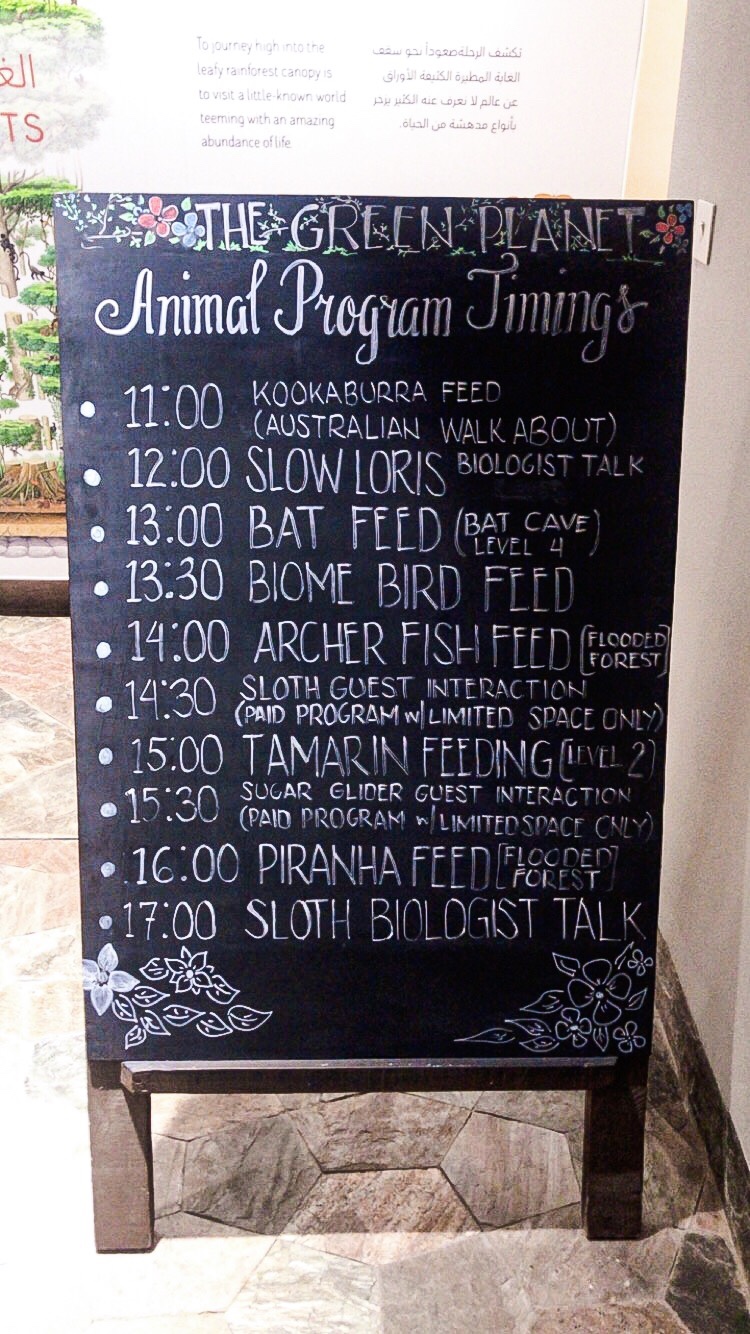 Our guide then instructed us to go to the 4th floor where the tour actually begins. So we got into the elevator and up we went.

Soon as I stepped out the elevator my breath was taken away by all the green and beauty I was looking at. 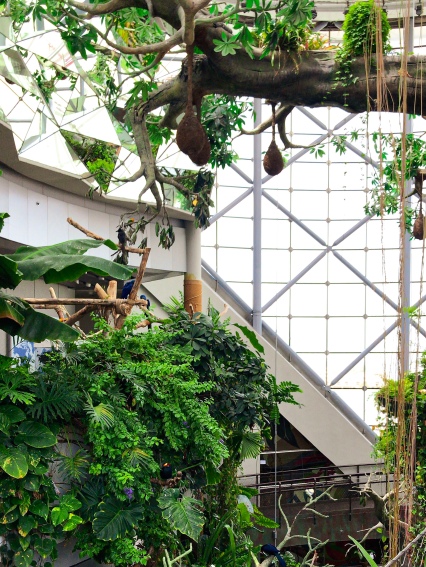 We were welcomed by 2 birds (don’t remember what kind) but they were tropical and beautiful! 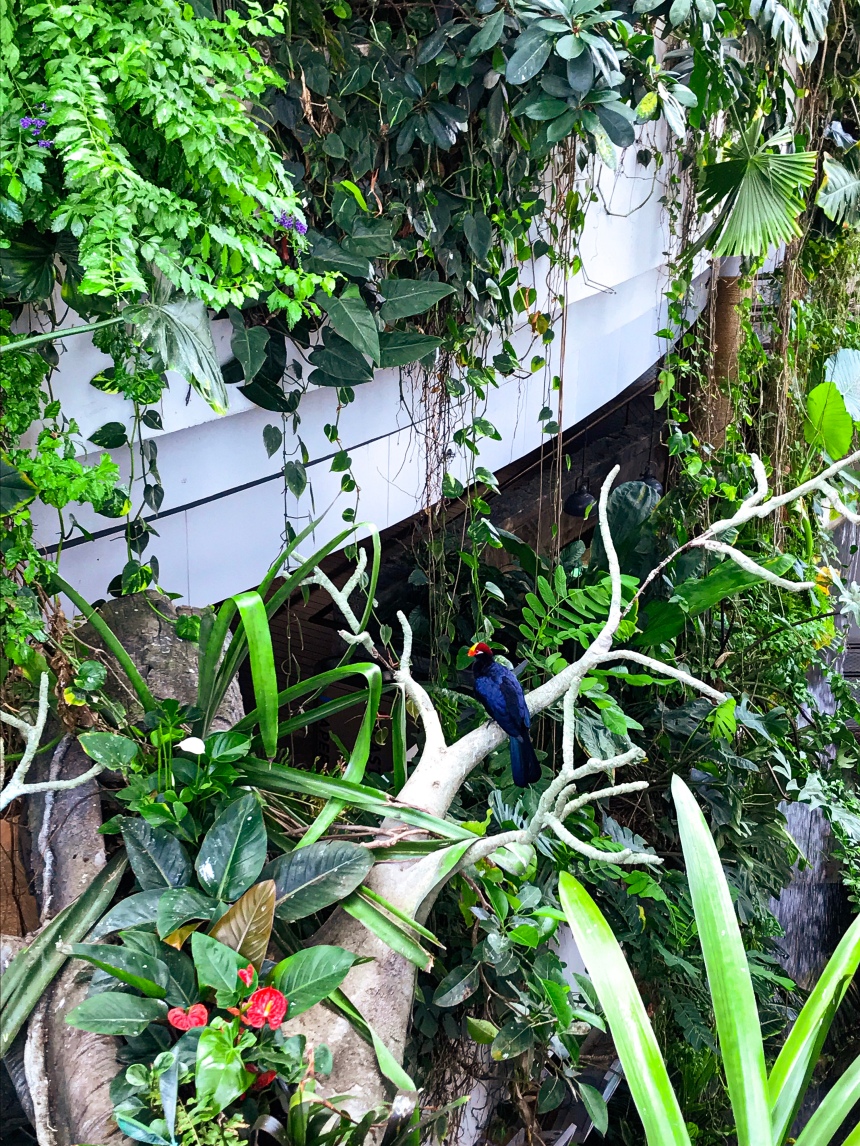 After that I began to descend and my eyes were taking in all the beauty surrounding me. I imagined being in there for hours listening to my favourite playlist, with a box of pizza and wings by my side and just having a swell time. 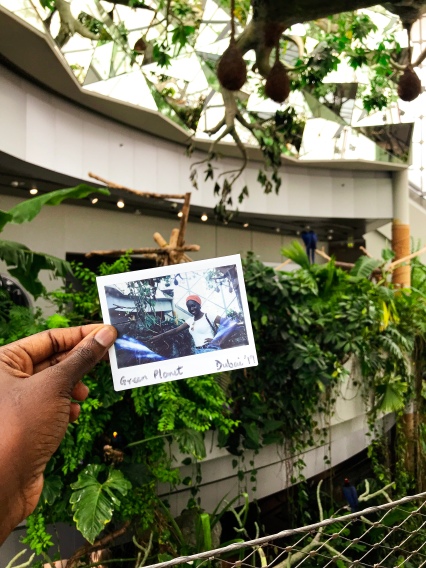 Saw a few more birds around. What I liked most was that the animals were free and not caged up so it felt like I was in an actual rainforest. 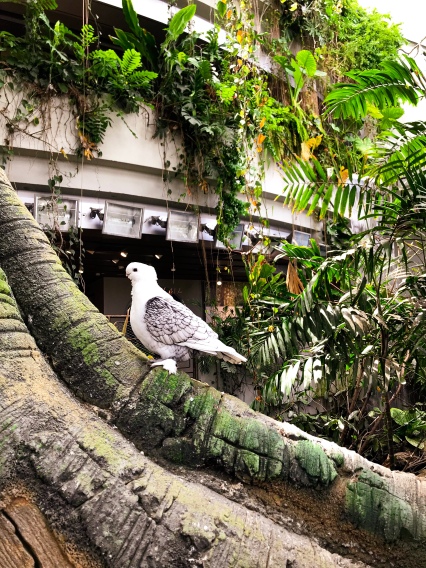 Can we also appreciate the architecture in this place. I mean these are some of my favourite things. Plants and trees paired with good architecture and then animals too? I was happy! 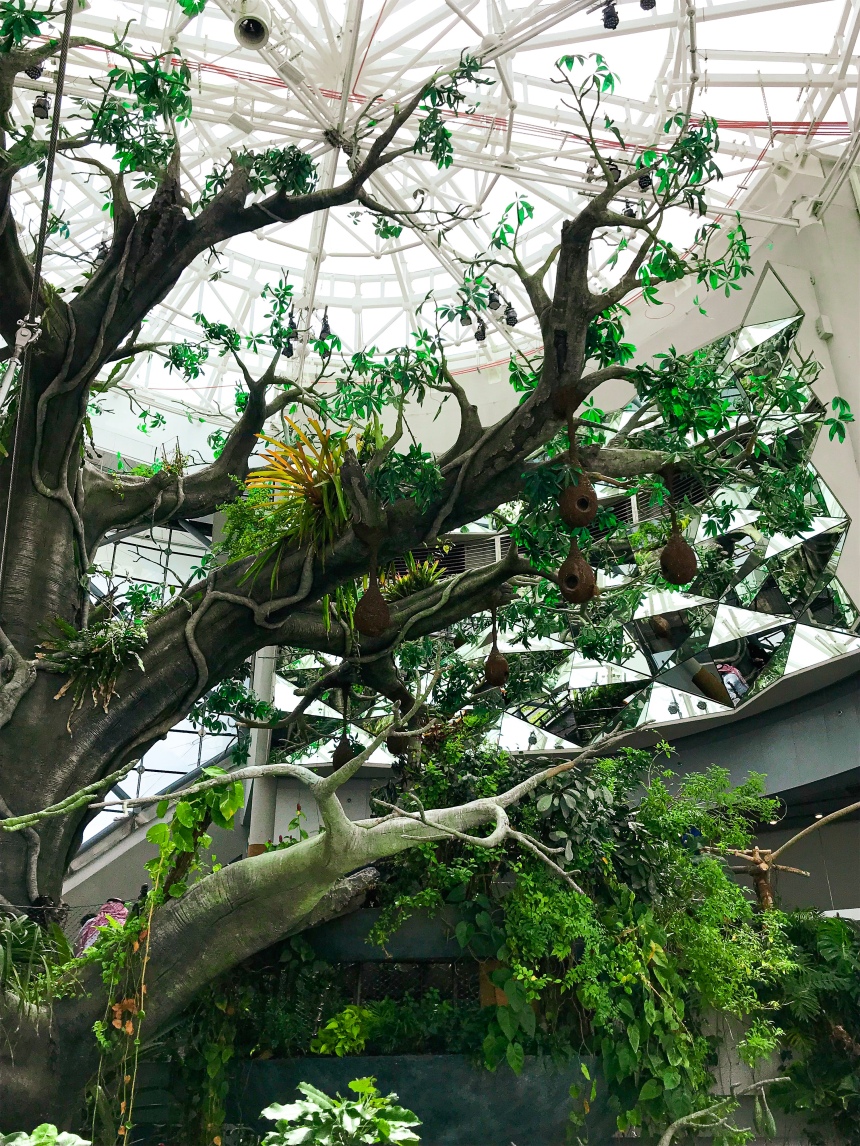 There was a foot bridge that I thought was cool. Cause you could look down and see nothing but green. Almost as if you were hanging in the trees. Soo cool!

On the 3rd floor, I met an official holding a snake. I actually flinched a little because I was not expecting to see it there. I’ve never seen a snake that close before, well unless there’s a glass separating us. Loool. I was glad I got to touch it, I mean I wanted to hold it but it’s not allowed apparently.

I got to see other animals and insects hanging around too. Literally. 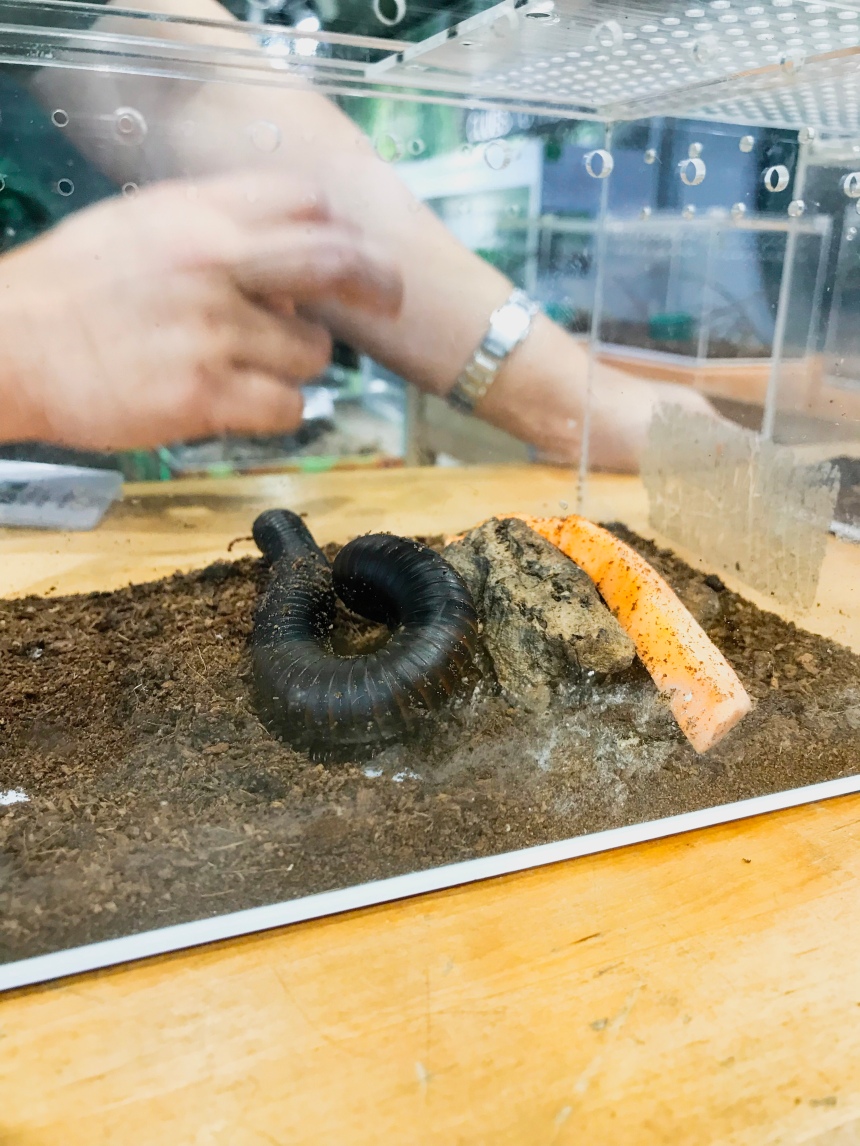 There was a sloth too but he was sleeping as expected LOL.

I then visited the “Bat Cave”. I was very much scared cause it was soo dark and I know bats can be crazy violent. But they were sleeping when I got in so it was calm. Pretty sure one of them either spat or peed on me cause I felt liquid drip on me.

My last stop was “The Australian Walkabout” where I got to see animals found in Australia.

I was just in time to see the Wallabies being fed! He was shy at first, but he eventually walked up and had some carrots. 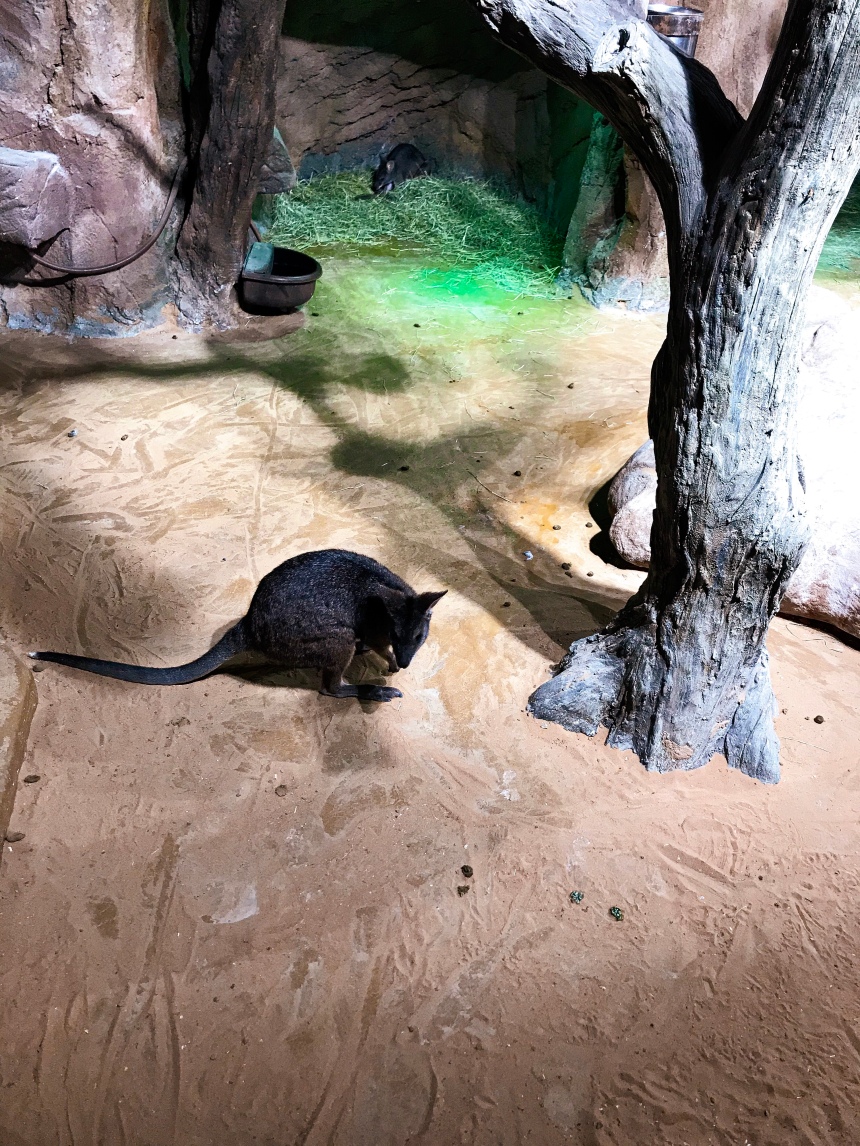 Saw some iguanas, an alligator and more birds too. It was really amazing being here and I can’t wait to be back In Sha Allah. You should definitely go if you’re ever in Dubai.